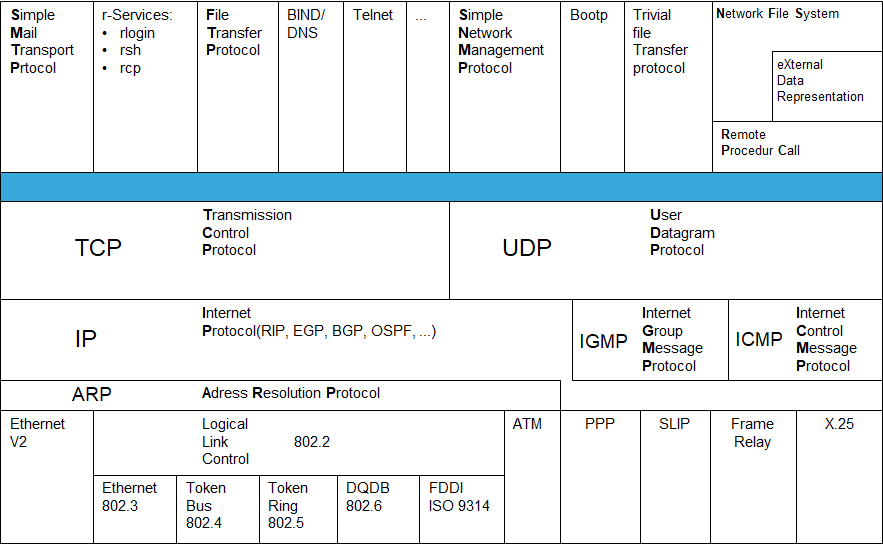 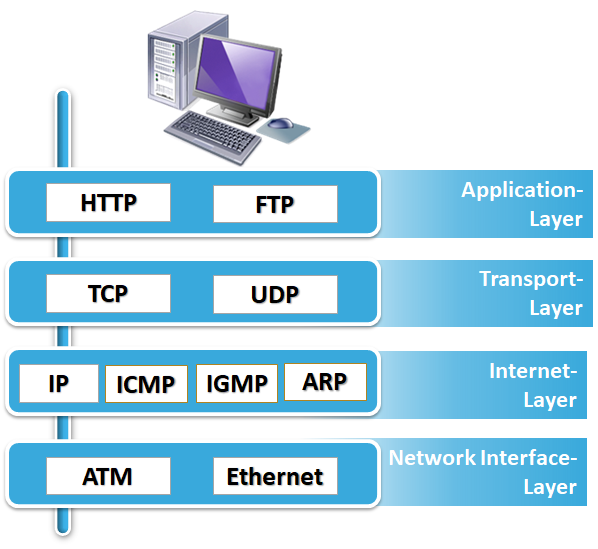 In order to simplify working in a local network, Unix offers the possibility of classifying other computers as trustworthy. This has the consequence that when using certain programs, a password query is not required, since it is assumed that the user has already authenticated himself on the requesting computer. This mechanism is called "trusted hosts" and is used by the protocols rsh ("Remote Shell") and rlogin ("Remote Login").

The rsh protocol allows a user to execute a command on another machine without entering a password. The rlogin protocol provides an interactive login without a password on another computer. Prerequisite for the acceptance of a missing password is the acceptance of the source computer and user by the target computer and user. The configuration of these trust parameters takes place in two steps:

The Network File System - abbreviated NFS (also: Network File Service) - is a protocol developed by Sun Microsystems that allows access to files over a network. The files are not transferred as with FTP, but users can access files located on a remote computer as if they were stored on their local hard drive.

XDR is an abstract technical communication standard defined by Sun Microsystems and other companies to standardize data exchange between servers and clients hardware independent. XDR is an implementation of the representation layer of the OSI model for network communication and is bindingly defined in RFC 1014 (updated 1995 by RFC 1832 and 2006 by RFC 4506).

This standard finds its main application in communication in the SUN Network File System. A number of programming languages support the reading and writing of XDR data through library functions (see e.g. xdr_* functions in libc under Unix for C, XDR module for Perl, xdrlib module for Python).

XDR defines a representation for the most common data types such as integers, strings or arrays, but is itself untyped. The XDR byte order is set in the current standards to Big Endian, which is the Network Byte Order of TCP/IP . An XDR unit corresponds to 4 bytes. Floating point numbers are encoded with single and double precision according to the IEEE 754 standard.

RPC procedure remote call or remote procedure call (literally "call a remote procedure") is a technique for network communication on the fifth, sometimes also the sixth layer of the ISO/OSI model. With the help of RPC, function calls can be carried out on remote computers via a network.

RPC was originally developed by Sun Microsystems for Network File System (NFS). The exact structure of RPC is described by RFC 1057 and RFC 1831. The idea behind RPC is based on the client-server model, which should enable the sharing of program functions across computer boundaries. An RPC call almost always runs synchronously, which means that the calling client waits to execute the additional program code until it has received a response from the server.