To solve the complexity of Zero-Touch Deployments of phones in remote offices that need a VPN connection, now it is possible to enable the VPN feature automatically for D-Series via SRAPS, as part of the provisioning or even prior to the settings being fetched into the phone.

A tick box that will trigger this patch download must be selected and the downloaded file will match the firmware version existing on the phone.

This patch will be downloaded only once on each phone, even though the check box is activated, the phone won't attempt to download the patch again after each reset.

This is the first provisioning layer to be applied to all the Endpoints of the selected phone model. To enable this feature via Product Defaults and before the phone fetches any setting, the VPN tick box must be activated and the desired firmware version must be typed in.

If no firmware update is required, just activating the VPN tick box is enough, and the VPN patch for that phone model will be downloaded after the next reset. 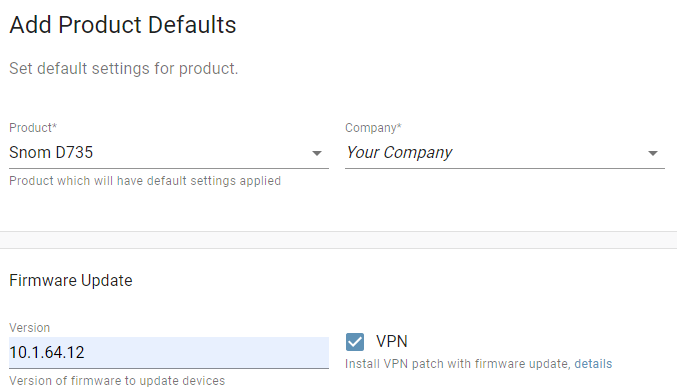 VPN activation via Product Defaults will trigger the patch download for all MAC addresses of that model associated to that company. Do not use this option in case this feature is needed to be applied only to certain MAC addresses (or a set of specific MAC addresses).

The VPN patch download might also be activated via Provisioning Profiles, and then be applied to one or multiple endpoints, as desired: 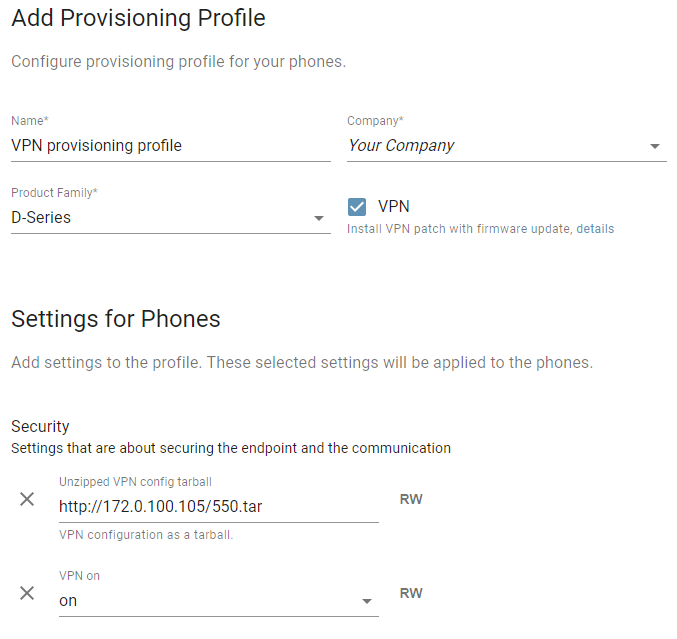 If this feature needs to be applied only to one specific MAC address, it is also possible to trigger it directly on the phone level: 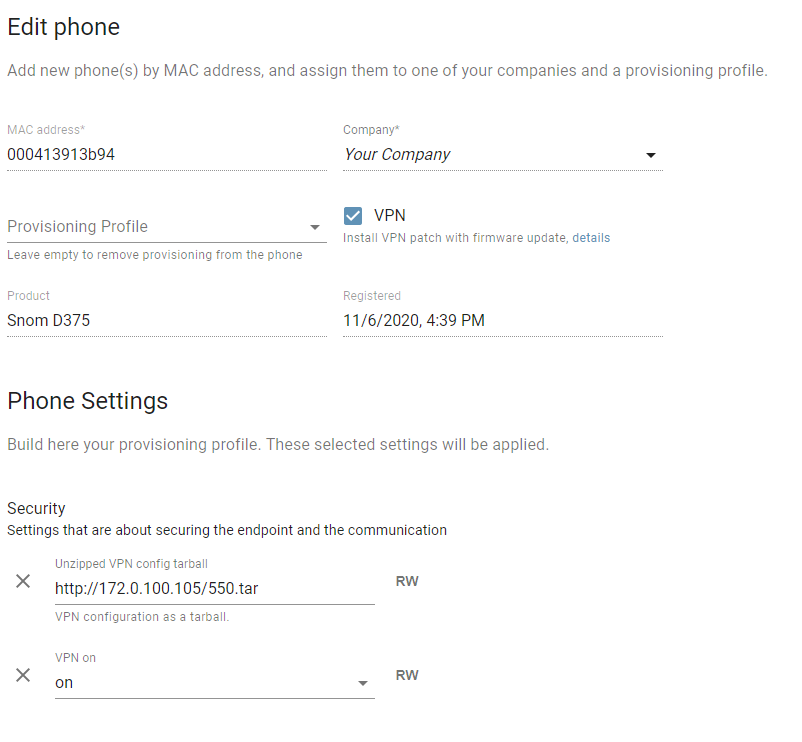